A Publication of the Pastoral Staff

[All Mass intentions are listed

on our parish calendar.]

or any time by appointment

"AND WITH YOUR SPIRIT"

You say it all the time in church. It's spoken within the dialogue between the priest and you, the people. The priest says, "The Lord be with you," and then you reply, "And with your spirit."

It may help to think of the words as an expression of your communal desire for the priest - something you want for him, and in turn for the Church. You see that he is wearing all the vestments and saying all the right things, but still, you desire for the Lord truly to be with the priest's spirit as he prays.

So after the priest expresses his desire for the people, namely, that "the Lord be with you," you then reply with your own hope that the Lord be with the spirit of that priest. In other words, the priest should not just look the part.

Rather, if the priest truly allows the Lord to animate his words and gestures on the altar from deep within his own spirit, then that man becomes a witness to the life that he preaches by embodying the life of Christ, which becomes visible from within the priest as he celebrates the Sacraments.

Pentecost is approaching, a time to pray for the coming of the Holy Spirit. To appreciate what we are asking of God when we pray for His Spirit, we might think of this prayer that we pray for one another every time we celebrate the Sacraments together, priest and people.

The descent of the Holy Spirit is God's desire that the Lord be with us and that our worship of Him be with words and gestures that are truly animated by the living presence of His Son. And so the Father sends us the Advocate that we may be pray the Mass with Christ's words and with His Spirit.

Recall how Christ said to the woman at the well, "The hour is coming when people will worship the Father in spirit and in truth." He was speaking about us - His priests and people - whenever we go beyond merely looking the part by truly allowing the Lord to animate the spirit of our prayer. +

Church Open Daily 8AM to 8PM

Friday 8AM to 9AM

following the 9AM Mass

[except if there is a Funeral]

prayed before 8:30AM Mass

4th Thursday of the month

2 Tuesdays of the month

[for families with young children]

For the Repose of the Soul of These large devotional candles, by each of the shrines in our church, burn for the whole week. Please contact Rose Ann Linko [ralinko@ctkrcc.org] at the parish office to dedicate any of these Memorials. The offering is $25.

Brick pavers in Our Lady's Prayer Garden are available to be engraved in memory of a loved one, to mark a special occasion, or commemorate a living person or family. The offering is $130. LIVES OF THE SAINTS

Bede spent his entire life in or near the twin monasteries of St. Peter and St. Paul in Wearmouth-Jarrow, England. He was born about 673 to a noble family on lands belonging to the monasteries. As a child, he was sent to the monasteries for his education. He became a monk himself. He was ordained a deacon at the unusually young age of 19 and a priest at 30.

Bede wrote over 60 books which are important references for scholars, both in England and on the continent, in the history of England, the lives of English Saints, and the interpretation of Scripture. In the monastery, Bede amassed an extensive library, which he used as references for his writing. Bede’s most famous work, the “Ecclesiastical History of the English People,” is lauded by scholars as a prime source of knowledge of English history and has had a major effect on the self-image of the English people. However, Bede did not have the intent of merely writing a history. He himself said, “If history records good things of good men, the thoughtful reader is encouraged to imitate what is good; if it records evil of wicked men, the devout reader is encouraged to avoid all that is sinful and perverse.” He tried to show how God’s providence, from the Roman conquest of Britain to his own time has led to the conversion of the great majority of Englishmen to the Catholic Church. He includes the stories of many English and Irish saints, along with miracles attributed to them.

He also wrote works on chronology. In his lifetime, the ancient church of the Britons calculated the date of Easter differently from the Church in Rome. In order to resolve this controversy, which threatened schism, Bede analyzed the available data and calculated the correct date of Easter, which agreed with the Roman usage. Part of his work involved calculating the date of the creation of the world as described in the Old Testament. His calculation differed from the accepted date, which caused some authorities to question his orthodoxy.

In 1899, Pope Leo XIII declared Bede to be a Doctor of the Church. He is considered the patron of writers of English and of historians.

The stories of active Saints, those who encounter physical as well as spiritual difficulties, excite our imaginations. Because of this, we often overlook the contributions of settled Saints to the life of the Church. Bede is one of the latter, whose influence cannot be exaggerated. have mercy on us! 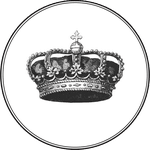